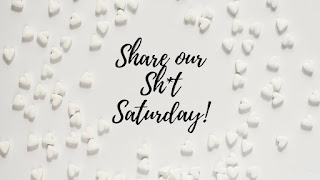 A second extract from the book by my #GuestWriter.
In this time slip interludethe reader is taken back to
the second meeting between Lady Margaret and her elf-enchanted lover.
Their first meeting is Here.

As soon as Tamlyn saw her standing there, he vaulted off the moonbeam horse, strode towards her and enfolded her in his arms.

“Meggie  – my heart – you came!” he murmured into her hair then his mouth sought hers.

Margaret closed her eyes and clung to him.  As she drowned in his kiss, thrills ran through her body settling in the secret place he’d shown her was the centre of all delight.  His hands were on her breasts, pushing down the front of her gown to fondle them.  Her nipples stiffened at his touch.  She groaned, feverish with desire.

He picked her up and carried her to their place beneath their trees.  They wrenched off their clothes and came together joyously, melting into each other until they became as one.

Afterwards they lay in each other’s arms exchanging kisses, Margaret said, “I hadn’t meant to come again until I heard your voice.  How did you call me?  was it one of your elvish tricks?”

He reached out and pulled a white rose, he brushed it across her lips and drew circles with it on her cheeks.  “I called you?  No, Meggie, I came because you picked a rose.”

Margaret stroked his hair and traced the outline of his ear.  The evening air was cool on her bare skin and she pulled her cloak over them.

“I heard you call,” she insisted, “I was playing chess with Fiona in the great hall when I heard your voice. I looked up, expecting to see you standing in the doorway but no-one was there.  Then I realised the call was in my mind.  I got up so fast I knocked over the chess board:  I picked up my skirts and came as fast as I could.”

Tamlyn laughed, “My magic is better than I knew;  you must have read my thoughts and answered my desire.”  He snuggled closer, his hands exploring her body again.

Margaret thought dreamily that this was what it would be like to lie in her marriage bed, then she remembered that it would not be the young, lithe body of Tamlyn beside her, but the slack, middle-aged flesh of Sir Nigel.  She began to scheme, to try to find a way that she could be with her elfin lover forever.

“Tell me true,” she said forcefully, pushing against his chest, “who are you?  Is Tamlyn your real name?  Are you mortal as you say or elfin as I think?  Or are you, perhaps, an illusion – something evil in disguise?  The priests say the devil can take many forms to lead us into sin.  You might be the devil.”

“What does this feel like?” he said, laughing at her, guiding his hand to his warm manhood that was becoming erect again as they touched each other beneath the cloak.  “A devil’s prick is cold as ice and mine is hot for you.”

She pressed closer to him and he kissed her, a long, deep satisfying kiss that drove away all the questions she wanted to ask.

Later he said, “I don’t know my mortal name.  When the  Queen of Darkness stole me, she cast a spell to make me forget it.  Sometimes I almost remember, but before I can recall it, it’s gone.  Tamlyn is the name she gave me but, by the love I bear you, sweet Meggie, I swear I am as mortal as you.  I would run away with you tonight if it were not for her spells that keep me bound to her.”

“Is there no way out?”  Margaret was sure there must be, she couldn’t bear the thought of Sir Nigel’s clumsy hands on her body after Tamlyn’s magic touch.

“I’m trying to discover how  to break her spell, but it’s not easy.  She mustn’t find out that I want to leave.”  Tamlyn’s busy hands made Margaret shiver with delight.  “I love you, Meggie:  I am mortal.  Do you believe me?”

“I want to.”  Margaret wriggled her body against him.  “I want to believe you as much as I want you to make love to me again.”

“Greedy!” said Tamlyn with a soft laugh but he obliged her.

Much later, Margaret said reluctantly, “I must go, I’ve been away too long already.  If my father misses me, there’ll be the devil to pay.”

Tamlyn helped her into her dress and laced it.  It took a long time because he was kissing the back of her neck as he did so.  “Will you come again tomorrow, Meggie?”

“If I can,  My greatest fear is that my father will suddenly move the household – then how shall I find you?”

Tamlyn took her face in his hands and gently kissed her eyelids.  “Love will find a way.”

Margaret’s mood suddenly changed.  His complacency infuriated her, he wasn’t taking her seriously enough and she pulled away, speaking sharply.

“That’s fool’s talk, Tamlyn!  You’ll have to do better than that if you would win me for your bride.  Try harder to break the spell:  there must be a way.”

He held out his arms wanting a kiss and a loving farewell, but Margaret flounced out of reach.  Before he could catch her, she took to her heels and ran down the path through the wood, away from her lover leaving him amazed at her fiery vehemence.

Whilst sharing this lovely piece of writing from an author who’s had a big influence on me , I decided my #SoSS theme. Pieces from sex bloggers who’ve had an influence on my evolving writing skills:

Asrai Devin : Buying a gift for her best friend opens the door to a dominant new guy

Nero Black : A dream shag with a sexy blonde – or is she? E.T. Costello : A party with a newfound acquaintance & gin Elliott Henry : A Tale of Miss Kitty‘s double life

May Moore : Pet Sitter required – she answers the ad.

Jayne Renault : First Rites – a ritual of the wicken ways

Cara Thereon : A succubus interrupts something steeped in evil

This week in my blog I have shared:

#KotW & #MasturbationMonday:  Working out the Kinks