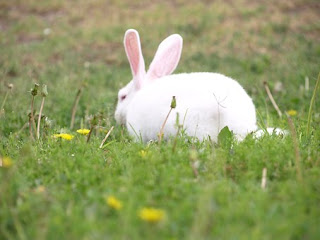 Did it rock her world?  or could she take it or leave it?  Read on and see. 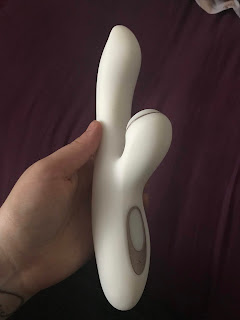 So I really like the look of this toy – this is FANCY! I almost felt like I daren’t use it! Haha! It’s all really smooth body-safe silicone. It has a USB charger so you can charge it and take it anywhere you want to play, (even in the shower/bath) so that’s handy! 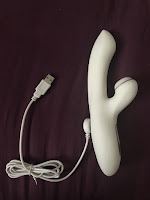 Okay, so I like how you charge the toy, because it doesn’t actually plug in to the toy but it’s magnetic! This was new to me, I thought it was a really cool feature.

I needed like a month to fully test this toy out and my main criticism is that I had a really hard time actually turning it on and off!  [Oooops! – That sounds a down-side.]

Sadly, this toy was form over function, it just didn’t do it for me BUT this doesn’t mean someone else with different sensitivity or body dimensions won’t like it!

This toy was given to us in return for an honest review.  What Vampy says is her own, unbiased opinion, never influenced by the toy manufacturer, but I’d like to thank May for passing the toy to us for Vampy’s evaluation.

Other people who reviewed this toy:

Emmeline Peaches ~ who also did not get on with it

Little Switch Bitch ~ who loves rabbit vibrators and found this model made her very happy!