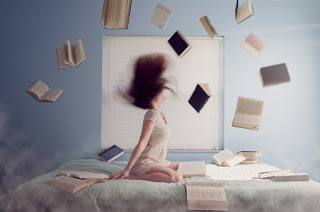 I will admit there are slight downsides to reading on a Kindle or similar e-reader, but not many!


The ‘organising’ side of me loves to make little category headings and put my e-novels under these headings once I’ve read them.  If a book has not been read yet I leave it at the front as a basic list – my To Be Read list goes on for about 7 pages!!

The ‘impatient’ side of me loves to find a book, purchase it online and be reading it moments later, because it’s already downloaded into my Kindle!

Have I convinced you to move onto e-books?  How about not knowing the meaning of a word and being able to check it by underlining it with the cursor?

Did you know you can ‘bookmark’ favourite bits, or enter comments – that would have helped me studying English Literature!!  And now I can flag up my favourite ‘1-handed read’ sections!

Anyway, onto part 2 of the wankfest of literature I recommend for holiday reading!

You might have heard of Laurelin Paige before – perhaps you loved the ‘Fixed’ series. [I enjoyed book 1 but began to lose patience during book 2 as I’m not too keen on the I love him / I hate him see-saw these romances often utilise, but if you like it, that series has gone to 5 books!]

Dirty Filthy Rich Men has a strong BDSM theme, which we discover fairly early on, but our heroine Sabrina is at a loss to understand why she is so responsive to it.  The tale starts at college when Sabrina is obsessed with 1 particular boy – Weston King, rich and successful but a playboy.  She wants him to notice her but instead she comes onto the radar of 2 other guys who may not be so good for her (there is a non-consensual sex incident fairly early on which may trigger some people).  Now she is ‘in’ with the rich guys but just as quickly she falls out of their world and cannot get back on her scholarship.

Ten years later, when Sabrina’s carved a successful career for herself, she bumps into her college dreamboat;  before she knows it she is back with the rich, powerful guys again.  This time she will deal with them better, she’s more worldly wise and also on their level – but she is fooling herself.  Sabrina is not prepared for their cut-throat manoeuvres, either in the boardroom or the bedroom. She soon finds herself in over her head, torn between the playboy and the bad-boy obsessive, but not wanting the game to stop.

Sabrina: “I suppose you’re going to tell me what you do like.”
Donovan: “Oh, Sabrina, I think you know.”
S: Teeth, I thought.  Nails. “I think I don’t care.”
D: “Biting.  Nipping.  Nothing too soft.  Something with a bit of pressure.”
S: Vividly I could remember the way he’d reacted to my fingers digging in his back. “I’m not paying attention.”
D: “You will.”

I was sorry (on reaching the end of the book) to realise it needed a sequel to conclude, but it’s already available and I DO want to know more about Sabrina, Weston and Donovan (who is totally my dream man, with his intelligence and his colouring, his take charge attitude … although his hot/cold behaviour might have me running in the opposite direction!) so I’ll read on. 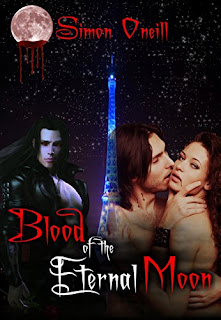 The book is predominantly set in France in 1925, when WWII is foreshadowed.  A young woman is on the brink of reaching her ‘eternal vampire’ state, but she has kept imprisoned by Lucien, a sick and twisted individual who is obsessed with her, yearning for her love and devotion which she doesn’t reciprocate.  Lucien seems to be bipolar, his alter ego is the evil Count who’s followed delicate ‘Rose’ down the centuries where she has been both muse and destroyer to many iconic historical figures.

Rose maintains her innocence despite the horror, gore and menace which surrounds her life:  to know her is to be consumed with love for her and to develop a need for the power she wields. Delicate Rose’s tragedy is that her she has a soul mate ‘Edouard’, who keeps reincarnating only to die at some other’s hands before they can unite for all eternity.

This book is a tour de force of historical references, and sexual perversions tethered within a tense love triangle.  So many kinks are touched on, not just supernatural sexual liaisons with vampires demons and witches, but lesbianism, imprisonment, blood play, D/s and non-consensual sex, (I may even have missed a few!)  The sheer drama and energy of the book is fantastic, especially the final chase, but the threads of realism woven throughout ground it.  I could easily imagine this as a big budget film or a series (in the style True Blood or the Originals) – there are larger than life characters a-plenty to populate it!

It follows the story of Isobel Snow who goes on the run to escape her step-mother, just days after her father’s death, as her sanity is threatened & she’s likely to be accused her assault.  She has suffered this cruelty began since she was a child and the gaslighting touches on the theme of body dysmorphia, so it’s no wonder the poor girl has confidence and trust issues.

She flees to a horse rescue ranch and en route encounters Hunter – a heartbroken widower who is bowled over by her loveliness, so a hot night of passion is shared.

Much tension ensues when Isobel is forced to work as Hunter’s intern, because the next day Isobel is shamed by their 1 night stand, while Hunter is convinced that Isobel has lied to him and actually is a rich spoilt city girl.  Their standoff makes for huge sexual tension and some hilariously cringey veterinary incidents straight from James Herriot’s books!

The mismatched crew of young guys who work at the ranch are a rough facsimile of the 7 dwarves (although they sound like a hunky boy-band line up to me!)  Will Isobel and Hunter’s mutual attraction win through? or will Isobel become a target of love from one of the motley crew who work at the horse rescue where she’s resident? 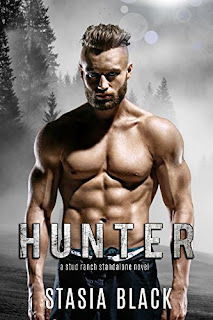 Of course, knowing Snow White’s story, I kept wondering how the ‘wicked stepmother’ would try to kill her with a modernised apple; was Hunter the prince who’d awaken her from near-death with a kiss?


To see others who have submitted their posts under the #MasturbationMonday theme, week 202 follow the link 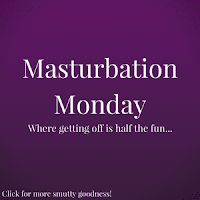