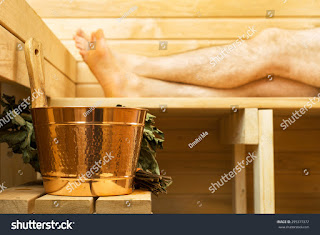 This is a serial, so may I suggest you read Part 1 and Part 2 first.


The next morning the Librarian arrived to unlock ahead of the caretaker.  He busied himself putting coffee on to drip and straightening the chairs at all the tables, but the boy didn’t show so his mood dropped into his boots.  His charts and reports could not hold his thoughts, and Hannah’s shallow chatter did not distract him any better than the brownies Delores had baked, on which he pretended to nibble.  At the end of the day he locked up the Library before hurrying to the campus gym, his spirits raised in the hope of seeing the dark haired student again.  Initially there was no sign but later, as the Librarian cooled down on the running machine, their eyes met across the expanse of the gym sending a thrilling twist to his gut.

Gathering up his bottle and towel, the Librarian walked towards the changing rooms, smiling as he passed the youth, noting his strong jaw and healthy glowing skin.  Leaving his headphones at his locker, he headed to the steam room and plunge pool.  A shower under a drench of cold water tightened his nipples and balls, not unpleasantly.  He entered the sweltering, choking heat of the sauna and settled himself on a slatted wooden bench.  He’d been sitting there less than 5 minutes when the door opened and the young man with the stunning green eyes filled the door frame.

The Librarian looked into those eyes and felt  a stirring of both love and lust, becoming very conscious that he wore only a towel which strained across his lap, his eyes travelled the sculpted body of the young man.  They held each other’s gaze then the boy chose a seat opposite him, holding out his hand to shake.

“I saw you yesterday.”  Toby’s gaze was steady.  Max nodded. “Were you checking me out?”

Max felt shock and some awkwardness, although a vampire is unable to blush.  This was going fast, even by modern day standards.  He wasn’t sure how to answer, so he just looked at Toby, noting the swell of his bottom lip and the sweep of dark lashes which framed his eyes.

“You seem fit, do you come to the gym everyday?”

“Most days,” Toby replied, letting his clear green eyes rake Max’s body appraisingly. “I do a programme of shoulders and legs one day, followed by chest and triceps, then back and biceps.”

“That’s very dedicated,” Max smiled, fascinated to see her eyes in this youth’s chiselled face.  “Do you do it for sport, or to appeal to girls?”

Toby smiled a lazy smile which ran down the Librarian’s spine like warm syrup.  “Girls?  I think we both know I don’t roll that way.”

Max licked his lips, aware of an engorgement occurring underneath the fabric of his towel, while Toby’s gaze focusing on his lips before drifting down to assess his pecs and hardening nipples only exacerbated the situation.  A silence stretched between them, not uncomfortable, but charged with powerful signals which Max hardly dared act on.

Finally Toby made the first move, reaching out to lay his left hand on Max’s shoulder, against his neck, he pulled their faces closer together.  Max’s lips were drawn inexorably towards Toby’s until they were kissing; fervently with heat.  It was dizzying how fast things were happening and the intensity of longing had the Librarian completely off balance.

Max groaned out his pleasure at the friction from Toby’s wrist action, flitting through his head was the feeling he was the prey rather than hunter.  As his head dropped back in the steamy atmosphere, abandoning himself to the younger man’s ministrations, he realised he was enjoying this different dynamic.

Toby licked and nibbled at Max’s nipples, bringing them to hard peaks of excitement, while he held Max’s cock in a fist of iron which pumped up and down  He pressed his erect member down a little to create a ninety degree angle causing Max to feel the undeniable tingle running through him, causing his balls to tighten, Toby eased off, letting his race towards climax drop back.

“Not too fast!”  Toby smiled, and Max wondered if he looked as bemused as he felt.

Toby dropped to his knees in front of Max’s bench, pulling the towel away from his own waist, so his swollen member rose, bobbing in the moisture laden air, a drool of pre-cum oozing from it’s magnificent tip.  Toby leaned forward, suckling and biting harder on Max’s left nipple, while Max let his hand grasp the younger man’s cock, feeling its firmness, he circled it with his fingers.  A groan of satisfaction from his kneeling companion speared his gut with arousal and he stroked his hand lovingly up and down its length, moving the foreskin the way he liked it when pleasuring himself.

The Librarian’s thought’s spun round him, interwoven with the new sensations, new experiences; a human’s warm hands on his cock, lips cushioned with blood sucking at his nipples and another man’s junk in his hands.  He could not deny that it felt good, he was energised and excited, deeply, undeniably aroused.  He’d never experienced this level of intimacy before, certainly not with his beloved, but once again he felt lava building in his belly, ready to send fireworks in an arcing trajectory.

“Oh no you don’t!” Toby grunted, twisting his body so Max lost his grip.  “No need to rush this Lover!”  His smile was mischievous as he took the Librarian’s wrist.  “Let’s cool down!”
So saying, he pulled Max off the bench and out to the showers, pushing him under the frigid water.  Toby joined him under its stream, where they both yelped with the shock!  The water on Toby’s lashes made dark points which framed his gold-flecked eyes, droplets sat like crystals on his cheeks while Max gazed at him with love growing in his heart.

Impatient for more, Toby operated the control which stopped the water, pressing Max’s back hard against the tiled shower stall before sinking to his knees.  He opened wide and took the length of the Librarian’s shaft into the warm cavern of his mouth, flattening his tongue against the underside of the column of flesh, he hollowed his cheeks and sucked hard.  Simultaneously he grasped Max’s buttocks in each hand and pulled the older man’s hips close to his face.  He had the upper hand with this blow job!  Totally in his comfort zone he sucked and bobbed his head, giving Max some freedom to move his hips but controlling the depth of the face fuck.

The Librarian groaned, ashamed that he’d let things go so far so fast!  He’d been ambushed by Toby and his lonely body had responded to the youth’s ministrations.  Now there would be no time to get to know him, to learn about what made him tick, no time to love him.  He felt deep sorrow that his lust had got the better of him, had stolen precious time which could’ve been spent with his true love.  A tear trickled from his eye, and he dashed it away, not wanting to insult Toby by giving the impression he hadn’t enjoyed what they’d done.

He drew Toby up to standing, burying his hands in the younger man’s hair and gazing deeply into his eyes before tenderly kissing his lips.

“Thank you, that was wonderful!”  Searching Toby’s face, he tried to print as much as possible in his memory for the next 20 lonely years which stretched ahead.  “I’ve done nothing for you, let me give you pleasure too.”

“That gave me plenty of pleasure!”  Toby’s smile was wide and genuine.  “Next time you can return the favour!”

Max smiled and nodded, but his expression didn’t quite reach his eyes.  Already he was bracing himself for the wicken’s curse to assert itself, for this young life to be snatched away from its body, sudden and cruelly, as always.  They draped towels round their hips and walked to the changing rooms, where they dressed almost silently – the Librarian lost in his melancholy thoughts.  Toby probably thought he was exercising discretion, because he simply gave a longing look and wink before they went their separate ways in the car park – him on his bike while the Librarian settled dejectedly behind the wheel of his car,

Max spent a troubled night, his imagination constantly chasing shadowy figures in a game of tag, but each time he nearly caught up, the faceless participants disappeared like smoke through his reaching fingers.  Next morning he was again early to work, unlocking the Library doors and snapping on the rows of overhead lights.  He powered up his computer and put water and ground coffee in the machine.  His diary showed he had a meeting that afternoon with other heads of departments, that would definitely make the day drag  Until then he’d occupy himself with accounting and book ordering, yet constantly bracing himself to hear the bad news.

Lunch rolled round and Hannah knocked on his open office door with a smirk on her face.

“You have a visitor Max” she said, so he pushed his fake reading glasses up on his head in surprise.

At the door stood Toby, with a paper bag from the local cafe in his hand.  He held it out like a peace offering.

“I assume you get a lunch break?” he smiled tentatively.

The Librarian’s heart soared … but sank immediately, how wonderful Toby was still alive!  It meant he could spend more time getting to know him, but did he want to open himself up to that heartbreak?  He tried to keep a neutral expression, he couldn’t betray the thoughts that raced through his mind, Toby was doing such a sweet thing.  He stood and placed his glasses on the desk then swept his jacket from the back of his chair to follow Toby out into the autumn sunlight.  As they reached the kerb he heard the roar of an engine driving much too fast along the main street.  Wincing, Max closed his eyes, held his breath and waited for the sickening impact.

“Where do you wanna sit?”  Toby’s voice broke in.  “You know this town better than me, but the park looked inviting as I walked over here.”

Max looked at him, puzzled and numb.  “I don’t mind … yes, the park is great.”  His reply was hesitant.  He hardly dared to hope, was this encounter different enough to have broken the curse?

They walked along the sidewalk in the direction of the park, already dotted with students and office workers with the same idea as them, enjoying the balmy autumn day. Max ran through ideas in his head: he had been pursued rather than being in pursuit of his love, they had already shared intimate physical acts, he had received rather than given love.  Could this have truly thrown off the curse?

As they settled down alongside one another on a wooden bench, Toby chattered innocently about having to guess what kind of drink and sandwich to buy for Max. The older man was still pondering the uncertain situation, then the answer hit him.  The curse being broken or not really didn’t matter!  Any extra time with his one true love was precious and he wouldn’t squander it.  Already they’d had the bonus of being able to share an act of love, he should embrace and celebrate it.  Max dared to hope it wouldn’t be fleeting this time, but whatever, he would treasure every moment they had together, loving his soul mate and being loved in return. 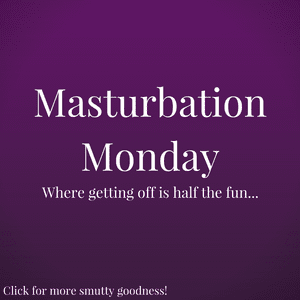 This serialised fantasy story is submitted for #MasturbationMonday.  Why not visit Kayla’s site to see what other folk have submitted.
The photo at the top is an image from Pixabay.