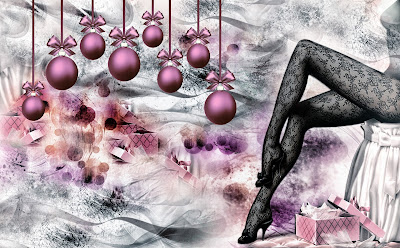 Cleaner Close – Six of the Best

Kneeling on the floor in front of the spanking bench, wearing nothing but the red ropes which bound her wrists and a dark blindfold over her eyes, Josie felt her stomach twist with anticipation and lust.

She had a faint inkling what her session with the Master might entail because (at home) she’d taken in a package, before coming to the big house to clean.  A small neatly wrapped parcel delivered by a courier which she’d ripped open to discover its contents – a tube of expensive skin balm containing arnica to cool and soothe bruises and sprains.  Now, instructed to assume her submissive ‘waiting’ stance she was positioned in front of the padded blocks; with her arms tied behind her back, Josie’s mind filled with images gleaned from the internet of spanking and flogging and she was excited.

As she felt the Master standing over her, Josie’s senses went on high alert, goosebumps breaking out on her nakedness as she imagined his eyes raking over her body, hopefully liking what he saw.  She smelt the green notes of his aftershave and the faintest trace of leather from which, along with a soft creaking sound, she concluded he was wearing leather trousers.

Suddenly a swish noise broke through her curiosity while hot, biting tingles scattered over her buttocks, then the flogger trailed sensuously over her naked thighs and was away again, to deliver another stinging blow which woke every nerve ending in her buttocks.  The leathery smell might be coming from the flogger which alternately rained stinging flicks to her taut skin and then trailed off with tickling caresses up the backs of her knees and thighs.

Josie’s buttocks warmed up fast, and the flogger stung, but it was not exactly pain she felt; building arousal overtook the discomfort and soon she felt like a bitch in heat, longing for the next blow while wishing that it would deliver more!  Her clitoris, swollen and yearning for attention, throbbed frantically from the balm’s hot/cold sensation.  Josie bit her lip to keep from crying out “Fuck Me!” because, although that’s what her body craved, the Master would take his pleasure when he was ready.

Josie became aware that the flogging had ceased.

“Thank you Master,” she said, her submissive words bringing a throb to her pussy that she’d never have imagined experiencing, being quite a feisty girl in her ‘normal’ life.

She felt her captor’s hands rubbing over her buttocks, stroking her tenderized flesh and spreading the warmth the flogger had imparted.  With her heightened perception, Josie detected he wore gloves, rather than having bare hands, then she felt those gloved fingers push inside her making her groan with delight.  She welcomed their roughness and her slippery, aroused flesh resisted not one bit.  The Master probed her deeply and firmly, stroking his fingers against her g-spot, delighting her with waves of pleasant sensation.  Josie gave a heavy sigh of satisfaction, but that emotion was short-lived.  The fingers withdrew from her pussy and travelled up the crease between her legs to begin nudging and teasing her back door.

The Master made a low chuckle of satisfaction before Josie felt something pressing and slipping inside her.  It was not unwelcome, she’d been instructed to use a small butt plug in her downtime, which she did regularly, and she’d enjoyed how it filled and stretched her while sending out waves of sensation as she carried out chores, or sat watching TV.  The  plug Master was inserting now felt bigger, it stretched her sphincter muscles wide as it went in, and the stretching feeling travelled deeper, thus Josie concluded it was longer too.  The sensation of her sensitive outer muscle ring stretching didn’t decrease once the plug was pushed in place, so she guessed this one did not narrow to a waist near its base.

Josie’s bare nipples brushed against the velvet fabric of the spanking block, then Master fastened her hands to either side of the block, they partly took her weight but she had minimal range of movement.  Her helplessness and vulnerability was triggering such strong arousal in Josie that she could feel the clear juices running from her pussy, her mind was empty of any cohesive thoughts, instead sensations abounded.  Her aching nipples brushing the stiff velvet pile, her gaping butt-hole was crammed with something which burned yet thrilled her as it stretched her wide, and her naked buttocks spread wide (Master was fixing restraints round her ankles) still tingling and throbbing from the flogger which had made her flesh super-sensitive.

“O Josie, I wish you could see what I’m seeing right now.”  Her Master’s voice broke her reverie, rumbling deep with appreciation.  “I have such plans for that peachy backside of yours.  Am I truly the first man to enjoy it?”

“Good girl,”  he spoke soothingly, stroking a gloved hand over her buttock; Josie felt like a thoroughbred horse being ‘gentled’ by a trained handler.  “Do you remember your safe word Josie?”  his enquiry sounded innocent but now Josie was on the alert.

“Good girl, you can take more.”  Master was confident.  Josie felt aflame with sensations of arousal, almost dizzy with them, her heart pounded with excitement.

Suddenly there was a swish in the air and a smack, hard and sharp, to her buttock.  Josie yelped out with surprise and real pain, this wasn’t like the flogger, the beating implement was whippy and thin, not spreading the blow over much of a surface area of skin.

“Count the blows Josie, we will try six to start with.”

“Yes Master, thank you … One Master.”  Josie was babbling a bit, shocked at the stinging intensity of the smarting blow to her buttock.

Swish, thwack!  Another blow, sharp and hot, landed on her other buttock and Josie winced but cried out “Two”.  A third and forth each landed on alternate bum cheeks and, as she coped with the painful ‘punishment’ Josie realised her counting was getting a little shrill.

Pump, pump – the Master made the butt plug expand till her pussy and rear felt on fire!  Her legs were trembling with the effort of maintaining her kneeling position resting on the spanking block, when she absolutely wanted to curl into a ball and hug herself … and yet she longed for and wanted everything the Master dealt out to her.  Her love box was drooling lubrication, and she felt sure it was gaping with arousal, waves of technicolour bliss lapped at the edges of her consciousness and she didn’t want the beating to stop.

“Is it too much my pet?”  Master’s voice was full of concern and he stroked his hand over her striped buttocks as she gulped in lungfuls of air.

“Well, my precious, you won’t have to wait much longer.”

The plug withdrew completely and Josie felt her Master close behind her, warmth radiating from him which she detected on her hypersensitive spanked skin.  He positioned his hard cock against the darker skin of her anus and she felt delightfully teased by its pressure and the anticipation of him fucking her.  She imagined its angry, engorged tip with a dribble of precum,then he pushed against her and his meaty cock began to sink in.

“Good girl,” the Master growled reaching forward to pinch and drag on the tips of Josie’s breasts.

“O Master,” Josie sighed.  Was she sighing, begging for more, saying thank you?  She was no longer sure as the emotions and sensations battled inside her.

Before Josie could properly register his words or even reply, he delivered the final, stinging whack, the wider portion of the crop landing squarely on her swollen, straining clit.  Boom!  Josie’s orgasm went off like a rocket.  She bucked and fucked while her Master thrust deeply inside her, enjoying every throb and spasm of her tight passage.  The waves of her orgasm washed over her in powerful patterns while she felt she was turning inside out with hte intensity of pleasurable throbs and muscular grabs which radiated from her  pussy and anus like never before.  No wonder rutting like animals was such a dark secret, it was the best kind of orgasm of all!

Josie felt her Master’s frenzied hip jabbing thrusts, his engorged cock plunged in and out of her sending wave after wave of orgasm through her until she felt half-crazed with the wonderful sensations and the great gulps of air she was taking in.  She enjoyed every chafe of her Master’s leather breeches on her sensitive, beaten behind and the burn the friction was causing in her tight nipples.

A while later, when they had both come back to reality, her Master released her from her bonds and helped her up and walked her to the shower room.

“You did well today my pet, I think I shall send you a reward.  A jewelled butt plug to remind you the value I place on what you gave up to me today.
Did you get the recovery ointment I sent you”

She smiled shyly and her Master continued.  “Apply that externally 2 or 3 times a day and you won’t be sore for too long.  The skin isn’t broken.”

“I’d like to see the stripes,” Josie replied, so he led her over to a mirror and she turned to look over her shoulder at the reddened places where the crop had made contact.

“I have recorded this morning’s session,” her Master continued, beaming with pride as Josie admired his handiwork.  “Come over tomorrow at 4, Maya will be here and we can watch it together.  If you’re not too sore, perhaps we’ll all play together.”

Product links have been inserted in case you wanted to to recreate this saucy scene for yourself, but with no sponsorship from any adult toy companies, I’m simply making unbiased suggestions.

2 thoughts on “Six of the Best”