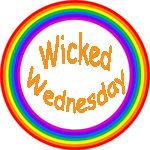 Violetta woke from her doze with a start, her surroundings were unfamiliar, she was tired to her bones, but her empty belly was making itself felt also.  She looked around her and seeing the huge, green and gold form of the dragon nearby, the enormity of her situation struck her.  She was a alone with this beast, nobody knew where she was and everything pointed to her being in a very risky situation.  The huge creature could burn her, crush her, eat her, claw her … yes indeed there were many ways to die or be horribly injured.  And yet, there was great intelligence in the dragon’s demeanour; she had made a bargain with him, and so far he had kept it.  At this point her mind began to race, because there was another part to her bargain with him, she’d agreed to serve him and this seemed to be at the forefront of his memory too.

When the dragon had glared at her earlier tantrum, his stern words had been a fair response, but they’d been thrilling also.  She’d felt a twist in her belly, a tightening of her pucker while heat had flowed into her pussy.  Yes! (she’d heard her ladies in waiting call it that!  It fitted, with it’s soft covering of ginger fur and the purring feeling within her when she stroked it!)

She was in awe of his power, fearful even, but she could not deny that it excited her greatly to be ruled by something which exceeded a princess in both strength and status.  Her eyes wandered to his tail, which was currently curled around the outline of his lower body and she observed that the large horny looking spines which ran down his back petered out for the last 12 or 18 inches of his tail, so it looked more like a rippling, muscular snake.  The girth of it reduced vastly towards its tip, which was rounded and ridged.  She could not tell whether it would feel soft or hard, but she noticed right now that it was flicking and stiffening like a cat’s would in greeting.

She jolted out of her reverie to find the dragon’s yellow eyes boring into hers.

“I don’t know how.  The servants did that.”  She tried not to sulk, but felt defensive and hungry.

“Gather some large stones into a circle, fill the circle with sticks and branches.  I’ll take care of the rest.”

The dragon spoke not unkindly, of course a princess wouldn’t know how to do practical things.  He watched as she struggled to follow his instructions, her pampered hands unused to heaving stones.  As she leaned forward to complete her task, her silky red hair hung down like curtains, obscuring her face, and the fabric of her robes clung to her plump rear, swaying temptingly with her physical efforts.  He drew in air through his nostrils, again catching the tempting scent of female perspiration and underlying hints of arousal.  He shuddered with delight.  Even today, when everything had been challenging and disorienting for her, Violetta had felt arousal.  He hoped it had been when he’d got strict with her – that would bode very well for the future!

Violetta stood back from her first attempt at building a fire and glanced shyly at the dragon, something was glowing behind his eyes, she hoped it was approval of a job well done.  She realised the intensity with which she wanted to make him proud, and it surprised her.  The dragon leaned his head towards the sticks and breathed a gentle blast of flames, making Violetta jump back from the heat and the brightness, as dusk had settled all around.  He sent her into the cave to find several brace of rabbits hanging from leather thongs, and he instructed her to skewer them all with fancy fencing swords from his treasure.  She used them like toasting forks laid from one side of the fire to the other, across the top of the  highest stones so the meat roasted over the flames.

The dragon ate several of the rabbits whole, cooked with their charred fur still on them.  Violetta picked at a couple of legs, and made a mental note to take the skin off at least 1 rabbit before cooking it next time.  She asked him how such a large beast as he had managed to catch rabbits, and he replied that the peasants around his cave left them out for him, in exchange for not eating their livestock.

“So what will we eat now?  People don’t know you are here!”  Violetta began to realise what she’d asked of the dragon, relocating to new lands.

“I will need to hunt,” he turned his yellow eyes on her “and I will teach you also.”

She was silent then, taking it all in, thinking how different her new life would be.  Violetta realised her teeth had begun to chatter, when she wasn’t yawning.

“Come, sleep, we can talk more in the morning.”  The dragon herded her inside the cave with his head so she found her bag and drew out the blanket to wrap herself in, then cast around for a soft place to sleep.  The dragon had curled himself up much like a huge dog, with his head resting on his front legs and his tail curled around his hind legs and half way back up his body.

“Here child,” the dragon’s voice was soothing now, “lean against my chest for warmth.  He indicated a place where she could lie with her back against his ribs, so she settled down, trying to get comfortable on the rocky cave floor.  Despite the harsh surroundings, Violetta was so tired that she was soon asleep, breathing softly but deeply.  The dragon closed his eyes, feeling content.

A tickling sensation roused the dragon as the dawn light began to streak the sky, illuminating the shadowy cave interior.  He smelt a sweet, spicy musk and felt tickling and brushing against his ribs.  He watched with fascination as Violetta pleasured herself in her sleep, her hands stroking and rubbing at the apex of her thighs, while soft mewling sounds of frustration and pleasure escaped her parted lips.  The curtain of her red hair obscured most of her face but he saw and heard her hands working harder and faster to take her to a joyous climax.  The deliciously liquid sounds her fingers made dipping in and stroking around her warm wet cunny lips made his mouth water, while his forked tongue flickered out to taste the fragrance of Violetta’s lust on the air.  Oh how he longed to let its split tip taste the nectar that was gathering there, in her fleshy pink folds, while she rubbed at the nub of her clitoris.  He could easily let it slither inside her to tickle and tease while savouring her juices, but he didn’t want to startle her and she was still so wrapped up in her clothes.

He watched her delicious self torment build to its climax, her head thrashing, legs straining painfully, before she began to throb and convulse with involuntary spasms which made her belly and pelvis twitch and jerk with waves of pleasure.  While he watched he hatched a plan. He’d get her out of her clothes and into a situation where he could demonstrate how much more pleasure he could give her than when she touched herself.


The prompt this week for #WickedWednesday 310 is curtains ~ and Princess Violetta’s hair has fulfilled that!  Please follow the prompt to see who else is playing along by submitting their erotica. 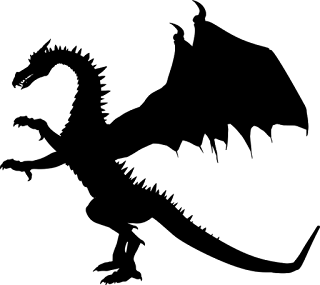