Anybody who’s been reading my blog recently knows I’m having a moment with erotica in fairy tales, and I have tried my hand at modernising and sexing up some of our more traditional tales (back off Disney, there’s nothing for you here!)

Imagine my delight when someone tweeted about this book!  I downloaded a sample, loved how it gave me the fanny gallops, so I bought the novel, and here’s what I thought of it! 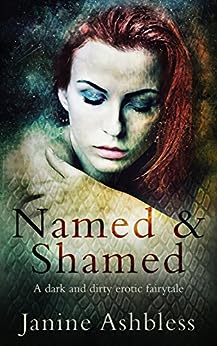 Meet Tansy, a feisty redhead who’s not ashamed to use her sex appeal in the fight against creatures from fairy tales – or Them There as it’s safer to call the non-humans in this re-imagining of our modern day world overrun with creatures from folk stories.

In daylight hours humans can go about their normal business to a great extent, but after dark, the magical folk have the power – it’s a worldwide problem.  Tansy works for a government agency and uses her womanly wiles (OK – her sweet pussy and the rest of her booming body) to gather secrets and information to help overthrow the Fairies.

I hesitate to ‘yuck somebody else’s yum’ but the second half of the book left me less impressed.  This is mostly because Tansy craves ever more depraved acts which feed her desire for humiliation, which isn’t my ‘thing’.  As a whole the book is hot, absolutely drenched in all kinds of sexual antics and fetishes.  The author’s twist on fairy tale folk in a modern world is clever.   The writing style is great and the story-line is original.  The critical deciding factor for reading enjoyment is whether the sexual content appeals to you.