If you want to see how this story began, on a #WickedWednesday, start here. 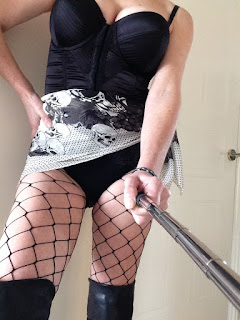 Lavinia knew how sex worked, she’d lived in a tiny cramped cottage with her family and witnessed her parents couplings at night, under cover of darkness.  She’d also heard plenty of bawdy talk since joining the crew of the Swallow; the cursing and boasting never stopped and she saw the sailors’ tackle when they used chamber pots below deck.  However she began to think none of this had prepared her when she saw the size of the rising bulge in the pirate’s breeches.

The heat from his body and its manly smell, sweat mingled with something else she couldn’t define, spoke to her, drawing her to him.  His rough hands explored her naked flesh, waking sensations she’d never felt the like of before.  He petted and pinched the bouncing flesh of her bubbies and Lavinia luxuriated in the sensations like a warm bath.  One of his hands dropped to her hip before reaching round behind her to cup her buttock firmly, squeezing and massaging, his fingers skimmed underneath to tickle her, teasing the fine hair before brushing through to her sensitive cunny lips.

A sigh escaped her and the pirate’s lips quirked with amusement.  Lavinia’s eyes fixed on his face with trust and fascination, she was a doll to be played with, and the game had only just begun.  His strong, warm hand remained grasping her buttock while his other released her breast and began smoothing and stroking at the the cleft between her legs.  She sighed again, languid yet yearning for his touches.  He used his boot to nudge her feet wider apart and proceeded to grip her with his large hand, sliding a finger inside her.

O the thrill!  It felt so wickedly good!  And yet so strange, her body hummed with delight whilst his finger (or was it more than one?) slid in and out of her.  She groaned, amazed at how thrilling it felt, how slippery she was becoming.  Lavinia kept looking at the pirate, watching his face, losing herself in the depths of his hot, dark eyes.  She bit her lip to keep from moaning and panting, not wanting to behave like a farmyard animal, but she didn’t feel like herself at all!

“Is this your first time Vinny?” his voice was a deep rumble, mesmerising her.  “Your pussy is very tight.”

She looked at him mutely, he continued to plunder her depths with flirm fingers, stroking and drawing nectar from her honey pot.  She didn’t want him to stop, without a doubt she wanted more, so she reached out with a work-worn hand to brush fingers across the the bulge in his breeks.

His eyes burned brighter, and he chuckled, “not such a scared rabbit are you?” before gathering her into a crushing embrace, pressing his lips to hers and kissing her.  Their tongues massaged one another in a snake-like dance.  Lavinia felt her head might explode, it whirled so fast with a confusion of emotions and sensations.   Something was rushing up within her fast, a blur of heat and exhilaration till suddenly she felt a throbbing and pulsing in her quim that she’d never known before.  Her hips thrust into the pirate’s hand and she moaned against his mouth while warmth and wetness rose within her and tracked the tops of her thighs.

Through her haze of joy Lavinia watched his cock spring free, firm and thick, purple at its tip yet larger than she’d expected.  The pirate rubbed it, spreading her juices over its helmet and length with practised, smooth strokes.

“Touch yourself,” he commanded, fixing her with a gaze that brooked no argument, “like I just touched you.”

So Lavinia tentatively drew her fingers through folds of flesh, which now felt puffy, moist and unfamiliar to her.  A little nub of flesh at the top of her cleft felt extra sensitive to her exploring hands, so she let her fingers roam through her warm wetness, from front to back, before creeping up again to touch and tease it, feeling the powerful shocks of sexual charge each time she rubbed that little bud.

The pirate watched her, delighting in the motion of Vinny’s fingers strumming her own quim while watching the waves of pleasure crossing her face.  All thought of the battle on deck above them was wiped from his mind; who won, who lost was immaterial to him.  All he cared about was taking this wench right now, ploughing her virgin depths, feeling her sweet flesh pressed up against him, his balls against her pert buttocks while her dainty mouth gasped in delight because he’d made her spend again.

“Get ready little rabbit, I’m coming aboard!” the pirate warned, holding the head of his cock at her entrance and running it through her delightfully moist lips.  Lavinia lifted her hips a little, straining to welcome him, so he began to press his way in.  She moaned and whimpered, her hips still moving but her face registering pain.  He reached for her titties, tweaking and rolling her nipples between finger and thumb until she was biting her lip and arching her back, then he pressed his advantage, driving his shaft deep.  Lavinia moaned.  Despite enjoying the warmth and tightness of her virginity, he’d been at sea many months and now the drought was over he intended to get himself good and wet! 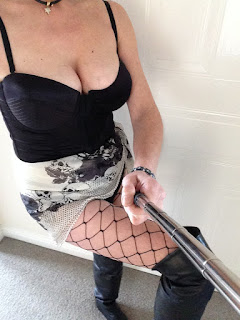 Lavinia felt pain in the first thrust, which put an end to her maidenhead, but soon she was climbing to new peaks of emotion and pleasure as the pirate moved between her thighs, almost overriding the ache of having her legs spread so wide.  His pounding and driving built up speed.  The friction of his cock within her heated and excited Lavinia in ways she’d never experienced.  She had nothing to compare it with, but it felt like running a race and winning a prize at the same time. It felt like the sun was on her face and she’d learned to fly! All of a sudden coloured lights burst behind her eyes while sparks of something wonderful washed over her, as the pirate collapsed, his weight pressing her into the feathery mattress.

If you’re curious what happens next … read on.