Hey there Dark Darlings!  Have you encountered the logo #SoSS on other adult sites you visit?  It stands for Share Our Shit Saturday. A non-committal, do it as often as it feels right for you, content sharing movement within the adult blogging community.

The reason behind it is the sex blogging and writing community – well, the adult industry in general – is once again under fire. Slowly but surely, we are being silenced.  In retaliation we’re banding together even more strongly than before.  As well as sharing posts on social media, #SOSS is a mini round-up in which we share other people’s stuff directly from our sites in the form of a linkadelic blog post.

So look out for ‘Sharing Saturdays‘ as a post title because when you see it, there’ll be some good stuff from other adult bloggers to read.  My take on it is to “interview” the bloggers I admire, getting them to reveal their ‘soft underbelly’ so that hopefully you guys can discover and enjoy them as I do!

Today, on my ‘maiden’ #SoSS I’d like you to meet Miss Jezebella,
who has been a key influence on Pillow Talk from its inception  (i.e. her posts on Lovehoney’s forum inspired me to give it a go!!) 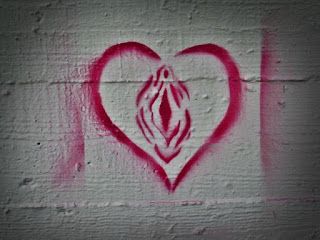 Honestly, I was frustrated with my life and wanted a creative outlet. I was working a job I found very stressful and struggling with my mental health.
When I was a teenager I would write all the time, I had loads of notebooks where I would angrily scrawl out my feelings and write bad poetry and little stories. As I grew up I lost the habit. Becoming an academic meant I had to write really difficult scientific reports for work, so writing became a stressful chore to me.
Then I joined the Lovehoney sex toy tester scheme, basically because I wanted free stuff. I’m not going to lie, that’s all it was at first. But I found a great pleasure in writing reviews for them, and it reminded me that writing can be fun and bring me joy, even when the product is awful.  So I started writing some erotica for fun as well.
Creating a blog just seemed like the next logical step; to share what I was doing with others. I also saw a lot of opinions that I wanted to challenge, on social media, the Lovehoney forum, and in real life. I think a lot people have damaging views on how sex and bodies “should” be. I’d like to use my miniscule part of the internet to add to the sex positive voices saying things can be different, that sexy is a state of mind rather than a particular body type or a narrow set of kinks.
I found the blogging could help me feel better. When I felt like I was failing at everything else in my life, that fact that someone would take the time to leave me a comment to say they could relate to what I was writing, or that my review was helpful, made me feel like I was doing something good. I also feel great every time a sex toy company respects me enough to send me a product to review.

An acquaintance once called me a Jezebel because I had several sexual partners at once. It was meant as an insult, but I decided to run with it and told them to call me Jezebella. So I guess it was a stupid joke that I kind of carried on? I like to take insults and use them for good.

Sex toy reviews, erotica, and some personal opinion pieces about sex, relationships, body positivity and more recently, mental health. The sex toy reviews by far outweigh the other content, because I have deadlines for them and they are easier to write.

That’s a tough one. My mood and preference changes all the time, and it can vary toy by toy. For example, I generally don’t like rabbits, but I have this one awesome one that I love. I usually love my clitoral pulse toys (e.g. womaniser), but I’ve also tried a few of those that have been very underwhelming. I’m going to say bullet vibes, because these are the most reliably good for me.

I’m Pansexual. I realised I was bi at the age of 13 or 14, I briefly identified as a lesbian but I found that didn’t fit. I discovered the term pansexual at the age of 25 or so, and thought, yep that’s me. It’s always been me, I just didn’t know the word for it. I find people of many different genders sexually attractive. Or, more accurately, I’m attracted to certain people regardless of how they present their gender. I find that someone can have that special something that makes me want to have sex with them, whether they present as ultra masc or ultra femme or anything in between. To be honest, I’m usually more attracted to the in-between people, but not always, and what genitals someone has never comes into it.

Naked. Although pretty lingerie can be nice, I love skin to skin contact.

Yes, giving someone a prostate orgasm. I don’t have a sexual partner who is into prostate stimulation at the moment, so it’ll remain on the ‘fucket list’ for now.

Werewolf maybe? But while they are in human form, of course.

I laugh a lot with my partners, sex is rarely a serious act for me. I can’t think of anything that would make someone else laugh though. I’ve broken a bed before: that was pretty funny!

It can be fun, if you’re playing with a skilled sexter, or it can be cringey. I’m not that skilled.

This will probably sound odd, but the first thing that came to mind is the sex scene from My Beautiful Laundrette. I can’t remember when I watched it (I was young) but it left a big impression on me because it was the first film I saw that showed queer sex, and there was a massive tense build up to it. Watching it now the whole scene is really short and bizarre, with Omar’s uncle waltzing around with this lady while Johnny and Omar are fucking in the back. It seems I remember the impression it left better than the scene itself.

Snapshot by Pink and White Productions.

Thank you so much Miss Jezebella for sharing your more ‘private’ side with me and my Dark Darlings!  It’s been great to learn more about you and I’m sure plenty will be clicking straight onto your web link to ‘follow’ you in the future for more of your fun and frank take on all things sex-related.