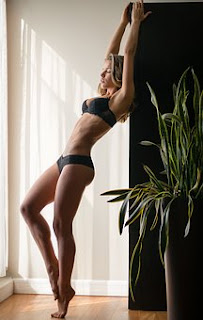 Don’t go reading this modern twist on a fairy tale to young children! Can you guess which folk story I’ve adapted?

She bit her lip to suppress a groan of pleasure, already her greedy pussy was throbbing with lust, yet the games had hardly begun.  As the youngest guy selected a leather flogger and applied it to  her bare buttocks with a stinging swish, she blessed the day she had let herself into the 3 Behr’s den.