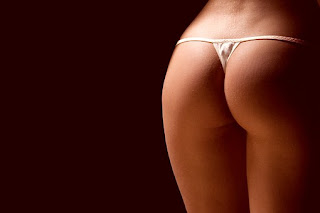 Post contains product links to Lovehoney should you wish to view the items described in the scene.