Hello my dark & twisted friends, want me to tell you a story?  Some people like to strip off or flash for kicks, others like their sex acts in public places (R.I.P. George Michael, we miss you); I like to talk about sex (and read about it, and do it!).

In 2016 I ventured into writing erotica – which I post on  Literotica, And I’ve had good feedback from the readers there, maybe a few have followed me here (if so thank you!)

So – my 1st post contains the story which began it all. My stories are totally fictional but some contain elements of my exploits, some are fantasies or on my ‘to do list’ and some have been inspired by my reading or my adventurous friends.

I hope you enjoy it – please leave me comments & feedback to help me keep the good stuff coming! 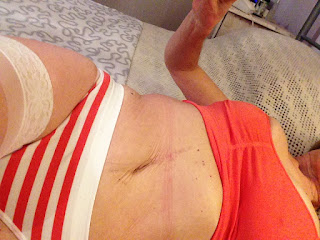